Where did everything start from – history of the bank card

You are here: Home / Products / Where did everything start from – history of the bank card

In the early twentieth century for the convenience of customers and drivers commercial stored and person station began issuing their own loyalty cards. These cards facilitated and accelerated the goods’ purchasing process. Unlike the contemporary cards, which are used for their comfort, their predecessors’ main aim was to create loyalty and added value for the customers.

Yet the first payment card, which is close to the modern one was issued in 1950 by Diner’s club with the sole purpose of paying in prestigious restaurants. The name of the card owner was written on one side of the card and on the other were the names of the restaurants, where it would be used.

In 1958 American Express put that start of the bank card, such as we know it today. American Express and their innovative PVC cards aimed at traveling businessman were quickly followed by Bank of America and other big banks.

Although the chip technology has now excited for almost 30 years, there are still some countries, which have not fully migrated to this technology. In the past few years many new technologies such as the contactless payments have come into use. However, due to the large volume of bank cards, the old information carriers such as the magnetic stripe will remain relevant for many years.

Despite the technological advances, our bank cards still look and work the same way as they did 50 years ago. 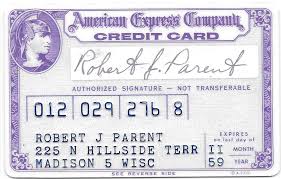 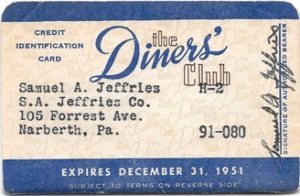 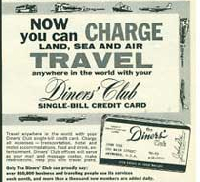 What is RFID Skimming